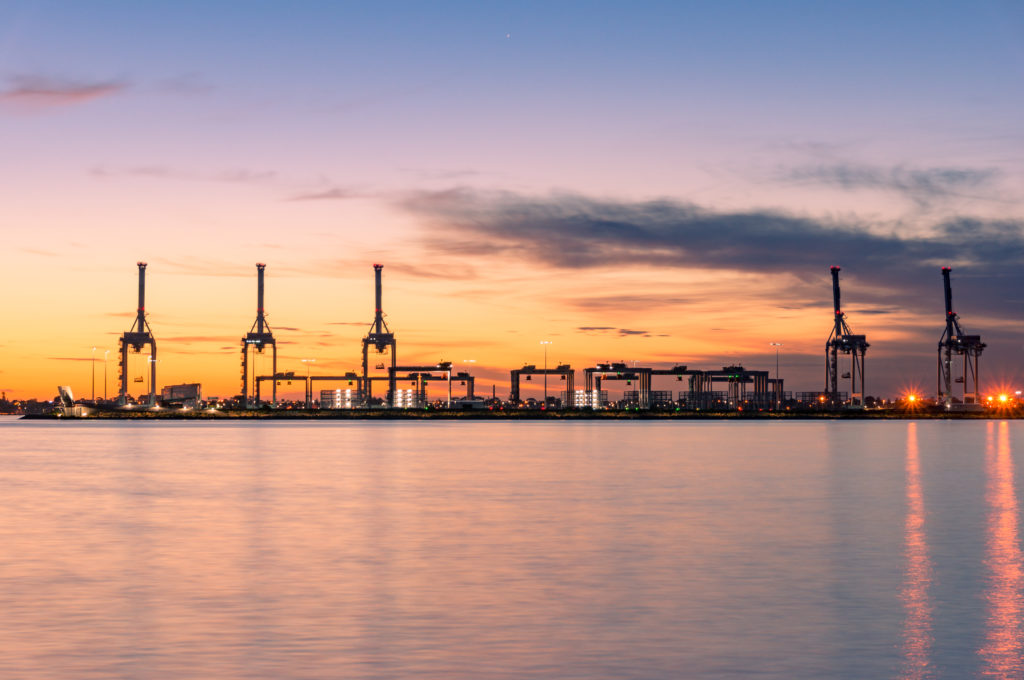 Victoria announces independent review of the operation of Victoria’s Ports

As an island nation, Australia has always relied heavily on its ports, their wharves and other facilities as well as the associated land–side infrastructure including rail and road access, stevedore operations and empty container parks. Much of the national and international supply chain relies on the efficient operation of the sector.

The ownership, control and operation of all parts of the sector have occasionally been the subject of celebrated disputes and controversies, reflecting the importance of the sector. Government control of the sector operates at national, state and local government levels and ranges from border controls for customs and biosecurity, through to ownership of parts of the sector and competition regulation of parties operating in the sector through to the way in which occupational health and safety and environmental concerns are addressed.

The importance of the sector is reflected by the regular reviews conducted by government and its agencies, even when they have no direct controls over the relevant parts of the sector or do not wish to exercise controls. One example is the annual container stevedoring monitoring report undertaken by the Australian Competition and Consumer Commission (ACCC). At the state level, Victoria has been active in reviewing the sector including the recent Coastal Shipping Review and Port Pricing and Access Review undertaken by Deloitte as commissioned by the Victorian State Government. Of course, Victoria has additional issues as the Port of Melbourne was the first Australian port to be privatised by the sale of the long – term lease.

Given these issues, the Victorian Government has now announced the initiation of a new independent review (Review) of the operation of all Victorian ports including the smaller ports. Details of the Review can be found here.

According to the “FAQs” associated with notice of the Review.

The Review will deliver a refreshed vision, options and directions to develop Victoria’s port sector and provide a framework for consideration of a range of matters, including:

In response to the anticipated question as to why the Review would be required in light of various recent reviews of some aspects of the sector, the Government has also stated in its “FAQs” that;

A comprehensive review of the sector has not been undertaken since 2001. Since that time there have been significant changes in the external and internal operating environments for the ports.

The current Review will take a holistic approach, enabling a reset of the vision, policy and governance settings for the ports sector and providing a contemporary context to progress the outcomes of the more specific Review projects.

The Government has also issued a Discussion Paper to assist the Review here and is seeking preliminary submissions in writing or by way of a response to a survey by 31 July 2020. Of specific interest, the FAQs indicate that parties can still press the issue of infrastructure access fee notwithstanding the recent review of that issue which suggested that, at that point, there was not a compelling case for direct control of those access fees. Hopefully, interested parties will continue their engagement through the Review as well as with other initiatives being undertaken by State and Federal governments including work at the National Committee on Trade Facilitation. I am looking forward to working with the International Forwarders and Customs Brokers Association of Australia (IFCBAA) on the Review leveraging recent work with the Customs Brokers and Forwarders Council of Australia (CBFCA) on the Victorian Coastal Shipping Review and the Port Pricing and Access Review. At the national level, I think that there is real merit in looking at establishing one agency to deal with port and related issues such as the Federal Maritime Commission (Federal Maritime Commission website) in the United States. That may assist in bringing all relevant issues into one central agency.

Please do not hesitate to contact our Customs and Trade team.

A win for regional Victoria: Increase to First Home Owner Grant on its way