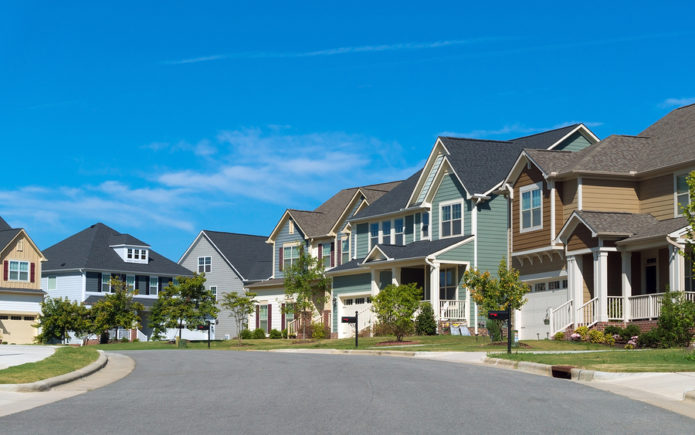 The administrative approach adopted by the Federal Commissioner of Taxation (FCT) or the Commissioner of State Revenue (CSR) for partitions and bare trusts also varies significantly.

Where land is subdivided and some lots are sold, a partition may occur in respect of the balance of the subdivided land (Maybelina Investments P/L v CSR (Vic) [2004] VCAT 549 at [14]).

Where the value of the subdivided land exchanged is different, ‘owelty’ (equalisation money) may be paid (Croghan v. Grosvenor [1991] SASC 3066 at [9]).

A bare trust arises where the trustee holds property as a cypher for the beneficiaries without any interest in the property other than that existing by being a trustee and having legal title and without any duty or further active duty to perform except to convey it to the beneficiaries (Herdegen v FCT (1988) 20 ATR 24 at 32 – 33; Corumo Holdings P/L v C Itoh Ltd (1991) 24 NSWLR 370 at 398).

Care is required in preparing the documentation where the land will be held pursuant to a bare trust for development purposes as this may alter the co-owner’s rights so that there is no bare trust (White Rock Properties P/L v CSR (Vic) [2015] VSCA 77 at [64]).

The transfer of land may be taxable as a disposal of a CGT asset, trading stock or a profit making scheme asset with different income taxation consequences.

A bare trust is legislatively or administratively transparent so the beneficiary and not the bare trustee is subject to the tax consequences.

If a beneficiary is absolutely entitled to a CGT asset as against a trustee (disregarding any legal disability), the CGT consequences apply to the beneficiary and not the trustee (sec. 106-50 ITAA 1997).
The FCT considers that this CGT absolute entitlement provision does not apply where more than one taxpayer is beneficially entitled to the interest in the CGT asset (TR 2004/D25). Accordingly, a bare trust partition mighty only be effective if each co-owner takes sole ownership of specific subdivided land.

Where co-owners transfer land to a trustee to expressly subdivide and retransfer specific lots back to each co-owner, the land does not become trading stock (Starco P/L v FCT [2002] AATA 6).
Income of a bare trust is assessable to the beneficiaries and not the bare trustee (Colonial First State Investments Ltd v FCT [2011] FCA 16; cf PSLA 2000/2).

A bare trustee is generally exempted from lodging taxation returns, because it is a transparent trust (PSLA 2000/2).

The proposed taxation of trust reforms may modify this approach (Treasury, Taxing trust income – options for reform, October 2012 at Ch. 5 regarding the taxation of bare trusts).

There are no GST consequences upon the subdivision of land into transferable interest (GSTR 2009/2 at [50]).

However, upon exchange of the interests for sole ownership of specific land, each co-owner disposes of their interests in the balance land with GST consequences, if GST registered or required to be GST registered.

Example 6 – Supply in the course or furtherance of an enterprise carried on by one co-owner and not the other co-owner:

79. Two friends, Caroline and Shaun, purchase a block of land as tenants in common in equal shares with the intention to subdivide the land, to construct two houses and to take a house each.

81. Shaun’s intention in entering into the arrangement is to sell the house he acquires for a profit. Shaun is carrying on an enterprise in these circumstances because the activities are business activities or activities in the conduct of a profit making undertaking or scheme and therefore an adventure or concern in the nature of trade.

The result is different where the land was acquired under a bare trust and each co-owner’s interest in the land is referable to an ‘absolute entitlement’ to specific lots upon subdivision.
A bare trustee does not conduct a GST enterprise. The beneficiaries carry on the GST enterprise using the property held on bare trust. The beneficiaries make the supplies and are entitled to input tax credits (GSTR 2008/3 at [45]). Any supply or acquisition or election to apply the margin scheme or going concern exemption by the bare trustee is made on behalf of the beneficiaries (GSTR 2008/3 at [81] & [83]).

In Victoria, a partition levies duty only on the relative transfer of value between co-owners (sec. 27 DAV 2000).Ruling DA.017 provides the following example:

X and Y own land in Victoria valued at $100,000 with a respective 30% and 70% interests in the land. The land is partitioned under an agreement such that after the partition, each has an interest of $50,000 in the land.

The result is different where the land was acquired under a bare trust and each co-owner’s interest in the land is referable to a ‘beneficial ownership’ to specific lots upon subdivision.

If documented correctly, the transfer of the interests in land into sole ownership pursuant to the bare trust where each co-owner’s interest in referable to specific lots upon subdivision would be exempt (sec. 34 DAV 2000 property vested in an apparent purchaser or sec. 35 DAV 2000 transfer to and from a trustee or nominee White Rock Properties P/L v CSR (Vic) [2015] VSCA 77 at [103] – [104]).

The partitioning or distribution of interests pursuant to a bare trust may operate differently in other jurisdictions.

Do you claim tax deductions on vacant land you own? An unwelcome surprise for property investors from 1 July 2019