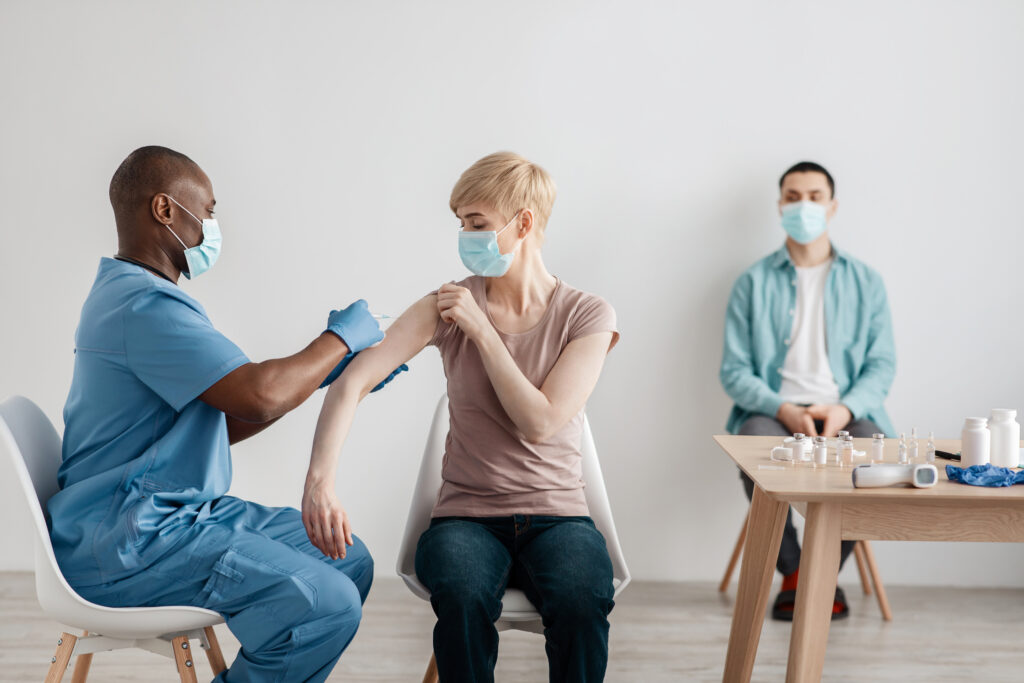 No vaccination jab, no job?

The Fair Work Commission (FWC) has recently handed down two significant decisions which turn to the question of whether requiring an employee to receive an influenza vaccination is a lawful and reasonable direction.

In the unfair dismissal proceedings of Ms Bou-Jamie Barber v Goodstart Early Learning [2021] FWC 2156 (Barber) and Jennifer Kimber v Sapphire Coast Community Aged Care Ltd [2021] FWC 1818 (Kimber), the dismissal of the employees in these matters were determined not to be harsh, unjust and/or unreasonable.

What constitutes a lawful and reasonable direction to receive a vaccine was explored in Barber as the FWC upheld her dismissal on the grounds that she had chosen not to comply with a lawful and reasonable direction. Given the current climate, Deputy President Lake stressed that this decision is directly related to the influenza vaccine alone and stated specifically at [13]:

“I note that curiosity surrounding vaccination is at an unnatural higher; protection against COVID-19 is becoming a tangible reality for the population and guidance surrounding how this will be administered in the workplace is scarce. As will be seen from the highly detailed evidence below, this decision is relative to the influenza vaccine in a highly particular industry. While this may seem obvious to most, given the climate we find ourselves in, it feels appropriate to make that declaration.”

The facts of Barber are as follows:

It was held that the employee was not unfairly dismissed as it was reasonable for Goodstart to implement this policy which was in line with its duties under the Work Health and Safety Act 2011, it had a duty to protect the health and safety of the children in its care as well as its employees, the direction to be vaccinated was lawful and reasonable and the employee failed to provide a valid medical exemption.

In Kimber, the facts are not too dissimilar to Barber, and are as follows:

This dismissal was upheld as it was deemed that the employee was unable to fulfil the inherent requirements of her role (as she was not permitted to enter the aged care facility due to not having an up-to-date flu vaccination). She failed to provide medical evidence which supported that it was not safe for her to receive the vaccine in accordance with the Public Health Order.

Pre-dating these decisions, in January of this year, the FWC handed down a decision in Ms Maria Corazon Glover v Ozcare [2021] FWC 231 (Glover). Whilst this decision was purely a decision to determine the jurisdictional issue as to whether the employee was in fact dismissed, the facts of the matter are important to note as it also involved an Aged Care facility and the matter related to the dismissal of an employee who refused the influenza vaccination in 2020. Commissioner Hunt made the following closing remarks, at [126]:

“In my view, each circumstance of the person’s role is important to consider, and the workplace in which they work in determining whether an employer’s decision to make a vaccination an inherent requirement of the role is a lawful and reasonable direction.”

Can you direct an employee to receive a vaccination?

In directing an employee to receive a vaccination, the question to ask first and foremost is whether that direction is lawful and reasonable. Whilst the facts in Barber and Kimber differed, it is paramount to note that these decisions were similar as they turn to the question of whether a dismissal can be upheld for refusing an influenza vaccine if it is contrary to a Public Health Order. In aged care and childcare industries alike, the Public Health order at the time required that they are to receive an up-to-date influenza vaccine to enter the premises.

The takeaway from these cases and questions to consider are:

The Federal Government in conjunction with the Fair Work Ombudsman and SafeWork Australia initially released guidelines advising that most employers cannot require their employees to be vaccinated against COVID-19. Since these guidelines were released, it has now become mandatory for Health Workers in the State of Victoria to receive the Covid-19 vaccine in accordance with the Health Services Amendment (Mandatory Vaccination of Healthcare Workers) Act 2020. The Western Australian State Government also recently announced on 19 April 2021 that commencing from 10 May 2021 it will be mandatory for all employees who work in the hotel quarantine system to receive the COVID-19 vaccination2. Whilst the COVID-19 vaccine currently remains voluntary overall in many industries, front-line workers such as those working in hotel quarantine may soon be required to receive the vaccination not just in Western Australia but in other States if they choose to follow suit.

Whilst the influenza vaccine can be mandated in some industries to comply with health and safety obligations, this is not to be confused with mandating the COVID-19 vaccine which overall, remains voluntary.

If you would like to discuss how these developments impact your business or wish to discuss the prospect of implementing and/or reviewing any vaccination policies, please contact a member of our Workplace Relations team.