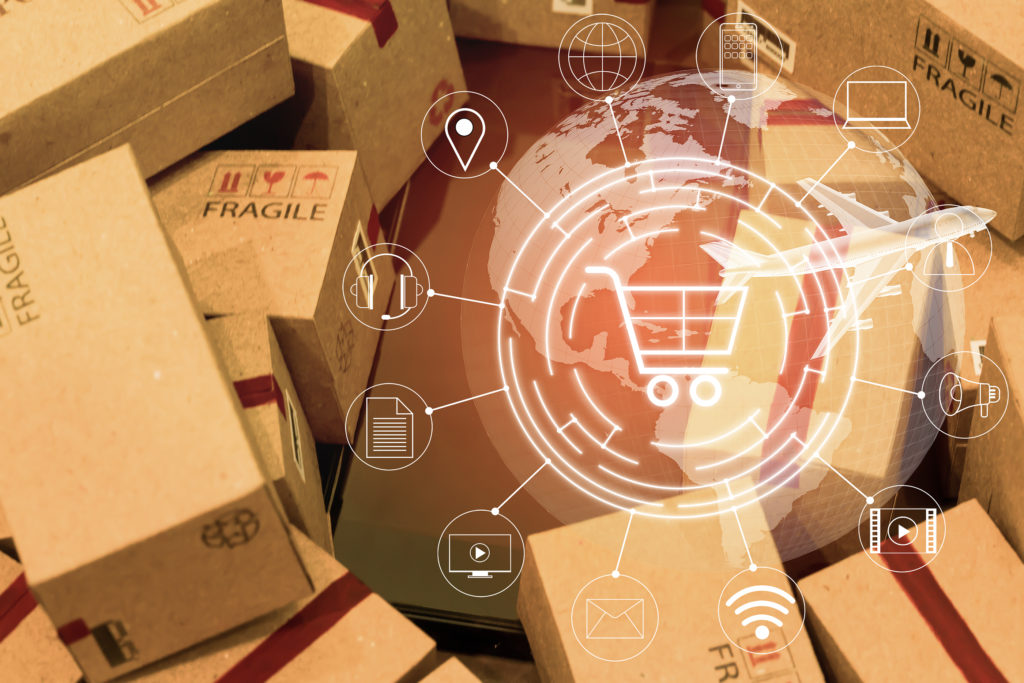 This article was first published in September 2020 by Daily Cargo News.

One of the stories from the COVID–19 pandemic has been the surging numbers of goods being moved through e-commerce. The forced levels of isolation have caused consumers and corporates to resort to purchasing even more goods than ever online seeking urgent delivery.

What is also an important consideration is that e-commerce represents the primary means for Micro and Small to Medium Enterprises (MSME) to market and sell their products. That level of importance is magnified for those at the “micro” level who only have the e-commerce option to bring their products to consumers. E-commerce underpins the ability of those “micro” traders to start their business and improve their standard of living.

Of course, consumers expectations for immediate gratification from their purchases have not always been met as production in many countries ceased or slowed and much of the air cargo capacity has disappeared due to COVID-19. Even when production began to return in source countries such as China, the capacity to carry the goods by air is still nowhere near previous levels and suppliers have been required to change their supply chains to include a mixture of air and sea cargo or merely to resort to moving the goods solely by sea cargo with containers laden with thousands of goods sold by one supplier to many customers. This has placed a massive burden on customs electronic reporting systems designed for lower and more predictable levels of trade with many lines being needed to be completed for cargo reports and import declarations.

As there is no foreseeable reduction in demand for goods through the e-commerce channel, the issue is how that trade can be facilitated and expedited without compromise to normal border controls for safety, revenue and biosecurity which have not diminished.

According to a report from the United Nations Conference on Trade and Development dated 27 April 20201, e-commerce sales hit $25.6 trillion (tn) globally in 2018, up 8% from 2017. In a report dated 23 July 2020, the US Congressional Research Service, estimated that in 2018, 1.8 billion (bn) people globally purchased goods online. That report2 also includes a diagram from Statista.com dated 12 July 2020 setting out estimated global revenue from e-commerce by country for 2020 adjusted for COVID–19 with the five leading nations in $US being:

That same research reflects that Australia is currently the 10th largest e-commerce market in the world by revenue with e-commerce estimated to grow to an anticipated market size of about A$35.bn (US$ 25.2bn) by 2021.

These high levels of trade have received attention in other international forums including a recent report by the World Trade Organisation (WTO) on “Ecommerce Trade and the COVID–19 Pandemic”3 where the WTO has made some detailed assessments of how trade has changed. Similar work from the World Customs Organization (WCO) can be found in the summary of results from a member survey on the topic4.

There are some common themes to both studies, such as the need to improve facilitation of trade through improved secure messaging and exchanges of information and enhanced relationships between all agencies operating at the border and those in the private sector through use of terminology, messaging and reporting systems. These are also concepts which can be found in related work under the WTO’s Trade Facilitation Agreement and various iterations of the WCO’s Revised Kyoto Convention. One example of the desired outcome from these and related sources is the adoption by each country of an electronic “single window to trade”.

In addition to its work in the international environment, Australia has also focused significant attention on e-commerce issues. That had included being the first country to introduce Goods and Services Tax (GST) on “low-value transactions” in part as a response to complaints that those selling through e-commerce from overseas had an unfair advantage over local retailers. That seems to have recovered GST well in excess of original estimates but may not have diminished our appetite for online purchases.

The Department of Foreign Affairs and Trade (DFAT) has established a web page summarising relevant e-commerce issues5. The Federal Parliament has conducted a number of inquiries including an Internet Competition Inquiry, an Inquiry into the Trade System and the Digital Economy by the Joint Standing Committee on Trade and Investment Growth leading to the Report entitled “Trade and the Digital Economy”6  which the Joint Standing Committee issued a further report in May 2020 entitled “Trade Transformation – Supporting Australia’s export and investment opportunities”7.

Australia also recognises the importance of e-commerce internationally by the inclusion of Chapters to facilitate e-commerce in 14 of its Free Trade Agreements. The most recent initiative is the Australia – Singapore Digital Economy Agreement signed on 6 August, which included a memorandum of understanding (MOUs) on data innovation, cooperation on artificial intelligence, trade facilitation, cooperation on electronic invoicing and electronic certification cooperation8.

Engagement with the private sector

The Federal Government has also taken steps to engage with the private sector through the National Committee on Trade Facilitation (NCTF) which incorporates a specialist sub-committee known as the Trade Facilitation Initiatives Working Group (TFIWG). This is a forum where government agencies including the Department of Home Affairs, the Australian Border Force (ABF) and the Department of Agriculture, Water and the Environment (DAWE) work with members of the private sector to advance such issues, to report back to the NCTF with recommended initiatives.

There is no doubt that the continued growth of e-commerce places significant pressure on all parties in the supply chain including international agencies such as the WTO and the WCO as well as national governments and their border agencies. Facilitation of e-commerce is vital both for those already using the system and those MSMEs using the system as their first rung in improving their economic prosperity. That pressure is seen in interruptions to the information technology used by border agencies.

Given the current environment and appetite for e-commerce, government and its agencies need to consolidate and expedite their efforts to secure a regime to facilitate this trade without compromise to the legitimate movement of goods. Some thoughts on some relevant developments are as follows

Our Customs and Trade team are well placed to advise you on aspects of Australian and international e-commerce.