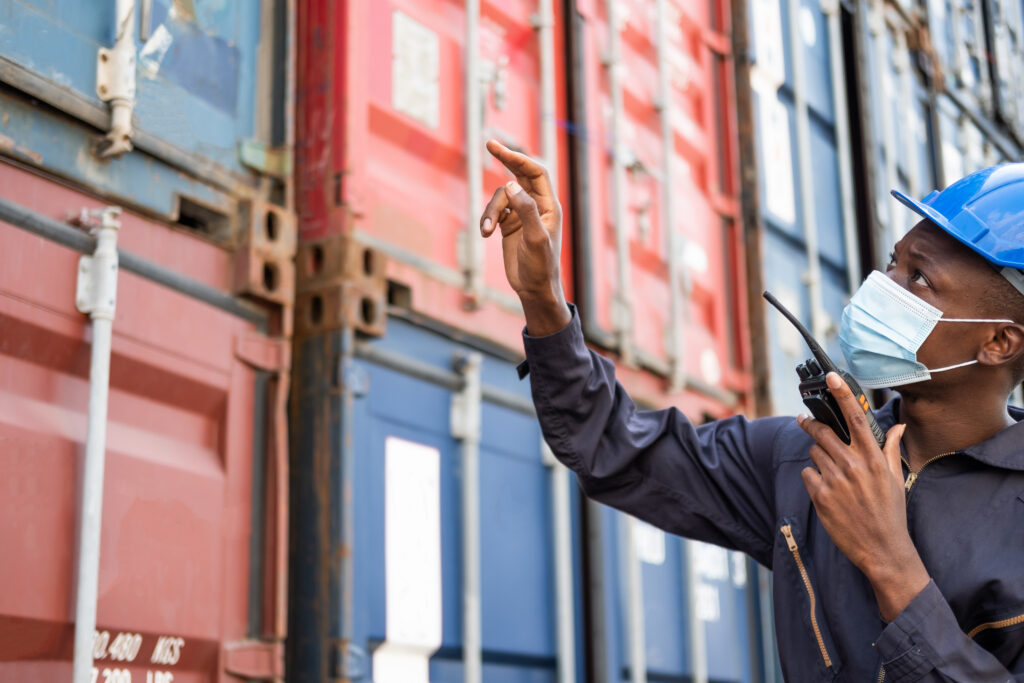 This article was first published in July 2021 by The Daily Cargo News.

Customs & Trade law specialist Andrew Hudson offers some thoughts on the compliance focus of some of Australia’s border agencies.

The emphasis on compliance never really disappeared during the first interruptions to trade occasioned by the COVID-19 Pandemic, but the focus of compliance shifted to a natural focus on goods required by the Pandemic. That focus is still there but it has been added to the traditional main areas of compliance focus by the border agencies with a role in managing the import and export of goods across the border whether by intervention before, during or after the movement of goods.

As with many international crises, the COVID-19 Pandemic created its own industry of parties taking advantage of the specific needs arising from the Pandemic including “black market” versions of vaccines or ineffective personal protective equipment (PPE), including masks that do not comply with the local requirements of the Therapeutic Goods Administration (TGA).

According to press reports, Australia’s Joint Committee on Law Enforcement, which will soon review vaccine fraud risks, is asking for submissions for an inquiry into topics including the threat of “criminal activity around the supply of fake vaccines, black market vaccines and/or fake vaccine certifications”. That includes the purchase of such items through the dark web.

The TGA has also had an active role through the pandemic, approving the types of vaccines being used in Australia as well as approving certain PPE as being of appropriate quality for use. This role has extended to penalising those who do not comply with TGA requirements through its own compliance management policy to be found here.

The types of compliance actions and outcomes from the TGA can be found here.

Details of some of the actions of the TGA can be found here and include references to “COVID–19” actions taken in 2020 and 2021 against non-compliant products. With the ongoing effects of the Pandemic and the willingness of unscrupulous parties to take advantage, I would anticipate that these issues will continue for the foreseeable future. As a result, those service providers involved in the movement of goods through the supply chain should be undertaking due diligence on the items they are moving so that they can manage the risks associated with the movement of non–compliant or counterfeit products.

In many ways, the Australian Border Force (ABF) is the lead government agency at the border with a significant role in assessing compliance with relevant provisions of the Customs Act 1901 (Act) as well as guarding against the import and export of items that contravene the regulatory requirements of other agencies or generally pose a risk. This is reflected in the wider jurisdiction of the ABF over “customs-related laws” defined as the Act to include the Excise Act 1901, certain provisions of the Commonwealth Criminal Code and; “any other Act, or any regulations made under any other Act, in so far as the Act or regulations relate to the importation or exportation of goods, where the importation or exportation is subject to compliance with any condition or restriction or is subject to any tax, duty, levy or charge (however described).”

Examples of the breadth of the compliance agenda of the ABF are described in the regular “Goods Compliance Updates” of the ABF found here which highlight specific areas of interest from time to time (without detracting from the wider compliance task being undertaken by the ABF).

One known focus for the ABF has been in enforcing the absolute prohibition on the entry of asbestos or goods incorporating asbestos. In past years, this has expressed itself through a close review of imported vehicles whether new or vintage.

The emphasis on asbestos has now been reiterated by the ABF commenting in a recent LinkedIn post:

“Over the coming months the ABF will be concentrating additional resources and efforts into preventing the importation of asbestos in building materials from entering Australia. This targeted period of action will work to protect the community from harmful goods and substances as the demand upon Australia’s building industry continues to rise. Asbestos is often found within foreign building materials, particularly due to its resistance to heat and being inflammable. Importers must be aware they are solely responsible for their goods and should remain vigilant about the consequences of asbestos importation. The fines an individual can face if found to have illegally imported asbestos can be anywhere up to $222,000 or three times the value of the goods – whichever is greater. Asbestos poses detrimental health concerns should the fibres be released into the air they can cause lung cancer, asbestosis, or mesothelioma.”

While the comments of the ABF refer to the obligations on the importer, the regime around asbestos is not limited to importers. Licensed Customs Brokers (LCB) are required to complete a “Community Protection Question” (CPQ) as to whether goods being imported contain asbestos. This is recognised as being an incredibly complex task for a LCB who has no independent information on the origin or contents of the goods being imported and who rely on the information provided by their clients whether overseas or in Australia. It seems unreasonable for LCBs to be held liable for inadequate due diligence or paperwork provided by their clients.

In many cases, certification secured overseas which states that the goods are “free from asbestos” will not be accepted if it has been produced in countries where a small amount of asbestos is considered to be “free from asbestos” but does not meet Australia’s standards requiring “absolutely” no asbestos be present.

In effect, this makes the LCB the agent of the Government at the border by requiring the LCB to verify certification of “no asbestos” to be “no asbestos according to Australian standards”. Anecdotal evidence suggests that many importers do not react well to these requirements and may put LCBs under pressure to complete the CPQ with a “no asbestos” response without proper evidence which could lead to penalties for both the importer and the LCB and action against the licence held by the LCB.

Although I have been involved with years of advice and education for LCB in conjunction with the Custom Brokers & Forwarders Council of Australia and Australian Federation of International Forwarders and their successor in International Forwarders & Customs Brokers Association of Australia, this remains one of the most contentious areas for all parties in the supply chain. All we can hope is that the ABF exercises a reasonable approach to the compromised position of the LCB and recognises that the overwhelming numbers of LCBs take this issue seriously and do all that can be done within their limited resources to meet the reporting and compliance regime relating to asbestos imports.

The BMSB and beyond

The Department of Agriculture Water and the Environment (DAWE) also has a significant role at the border with responsibility for the safety of Australia’s biosecurity. That responsibility is reflected in the extensive powers granted to the DAWE by the Biosecurity Act 2015 and associated regulations. The nature of the dangers changes on a regular basis. Of recent time, the main publicised threats have come from “hitchhiker” pests such as the Brown Marmorated Stink Bug and the Khapra Beetle.

The BMSB season runs from 1 September in one year until 30 May in the following year and the DAWE imposes specific measures on shipments during that period including pre-departure inspection and treatment of cargo and then further inspection and treatment (if needed) of the cargo on arrival. The 2020 – 2021 BMSB season has just completed. The DAWE has subsequently announced that its efforts had “great success” and that despite increased interceptions in mail and air cargo, there had been a reduction in BMSBs located at biosecurity points with the expansion to 36 risk countries having also assisted the process.

To quote the DAWE:

“But despite these changes, this year we’ve seen not only half the number of live stink bug in vessels, but we haven’t had to direct a vessel to leave Australian waters for the first time in three years.”

This is not to say that the emphasis will fall entirely on BMSB and other hitchhiker pests. Clearly, the DAWE is not solely concerned with the entry of such pests and is increasingly concerned with the movement of goods subject to DAWE control without authority. That is part of the rationale for the Bill currently before Federal Parliament which is intended to significantly increase the penalties for those parties in control of such goods, including those operating Approved Arrangements. The compliance regime of DAWE will be the subject of further review and reform following the recent release of the report by the Australian National Audit Office which found that the DAWE response to biosecurity non-compliance found its arrangements “largely inappropriate”. The full report can be found here and includes eight recommendations the DAWE has agreed to adopt.

The task of ensuring compliance with regulation at the international border is a continual one for the border agencies. From time to time, Government and the border agencies announce areas of specific concern where more assets may be deployed, without detracting from the existing levels of compliance. I have set out above a selection of these specific areas of interest which have already been identified by the border agencies. However, based on actions in other jurisdictions, I would suggest that the next intervention may be prohibiting the import of goods that are the product of forced or illegal labour as is the case in the United States and the UK. While Australia does not currently have such legislation, there is a Bill before Federal Parliament that would create a new class of prohibited import for goods produced by Uyghur Forced Labour. While there is doubt that this Bill will be passed, I would suggest that the proposed review of the Modern Slavery Legislation in 2022 will include a recommendation for a broadly-based prohibition against the import of goods the product of forced labour. Unfortunately, that will create another category of CPQ where an LCB will be asked to verify whether goods are the product of forced labour which will create yet another risk and potential liability for the LCB.