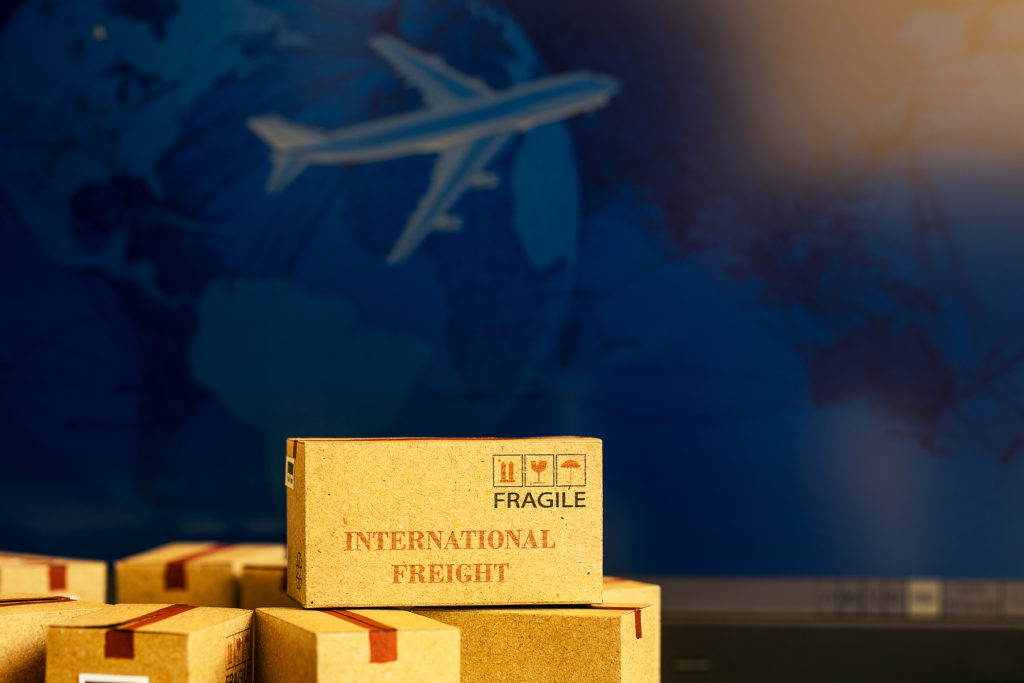 This article was first published in October 2020 by Daily Cargo News.

For many years, disputes on trade have led to actual warfare. “Send a gunboat”, was often cited as part of British foreign policy when trade was at risk. Think of the British and French Opium Wars with the Chinese Qing Dynasty which led to the opening of additional European jurisdiction over Chinese ports including Guangzhou and Shanghai and the concession over Hong Kong in favour of the British.

The Royal Navy maintained bases in Hong Kong and Singapore to protect open sailing rights over Asian trade routes including the South China Sea, an area that remains controversial. There are echoes of these concepts with the navies of the United States (US), Australia and allied nations sailing through the South China Sea, a stretch of water claimed by China via the construction of islands and other infrastructure to assert “freedom of the seas”.

At various times Dutch and British trading companies (eg. the British East India Company) had their own military divisions. The British and Americans fought the War of Independence over many issues but among them was trade and taxation, remember the Boston Tea Party and “no taxation without representation”.

Recognising the damage both actual and potential from trade disputes, the world has largely tried to move away from the use of force in such matters. Of course, there have been various forms of embargo imposed with military support, but in significant part, most of the world resolved to proceed with the General Agreement on Tariff and Trade and the World Trade Organisation. In addition, the variety of agreements entered into by countries trying to establish a structure for trade and to avoid and resolve disputes regarding trade such as the Agreements on Dumping and Countervailing Agreements, Agreements on Intellectual property, Technical Barriers to Trade and Sanitary and Phytosanitary Agreements, with the ultimate body to resolve disputes being the Dispute Settlement Understanding (DSU).

However, each country implements these agreements themselves in their own fashion. For example, Australia and the US both implement the Dumping and Countervailing Agreements in different ways. That tends to contribute to disputes on the operation and treatment under the various agreements as they are implemented and a lot of time is given over to resolving disagreements on whether parties have been treated properly, such as the recent dispute between Indonesia and Australia through the DSU.

Of course, the virtues of the DSU system have now been limited by the absence of enough members of the Appellate Body of the DSU due to the refusal of the US to endorse any new members. While 16 countries, including Australia, have agreed to a de facto new appellate organisation known as the Multiparty Interim Arbitration Agreement (MPIA), details of the MPIA have yet to be finalised.

In recent times we have seen several instances where “trade remedies” action (dumping and countervailing investigations) or biosecurity actions have been seen as a means to secure a wider set of interests and which actions are then seen as evidence of a “trade war”. That terminology arrived around the time the US Trump administration terminated the North American Free Trade Agreement (NAFTA) and sought a new deal with Canada and Mexico, seen as “putting America first”.

That same administration then resorted to an investigation under little-used national security and intellectual property provisions to set quotas and much higher tariff rates on imported goods without resort to dumping or countervailing investigations. These were generally aimed at looking after vital US industries or actions against countries that were not seen as protecting US intellectual property in those other countries.

While these could have affected Australia, some Aussie producers were exempted from these actions but it has not saved those Australian companies subsequently facing a dumping action in the US. The national interest and intellectual property measures largely resulted in significant duties being imposed on Chinese products.

In response, China negotiated a separate agreement with the US in which China made commitments to purchase certain quantities of US products and to take stronger action to protect US intellectual property. This is currently being conducted under a Phase One Agreement and even with the COVID–19 pandemic and other trade impediments, the US seems to be relatively satisfied that China is buying adequate US products to comply.

Tariffs and counter-tariffs also have been the subject of actions between the US and the European Union who have been undertaking litigation under the DSU for many years. Given those actions were part of promises by the Trump campaign prior to the last US Presidential election and have been portrayed as evidence of Trump’s, success, it seems likely that more of the same type of actions will be promised during the current US election cycle. It certainly reflects the reality that trade remedies and related issues are as much political as legal or economic issues. It is this intersection of law, politics and economics which makes the practice in this area of law to be of such great interest.

Australia has not been immune from these types of issues and has been an active supporter of the multilateral regime to resolve disputes. Over the years, successful action has been taken against Australia at the World Trade Organisation (WTO) against our biosecurity and trade remedies regimes, most recently when Indonesia brought action at the WTO against certain parts of the Australian anti-dumping procedure.

In another example, Australia’s ban on New Zealand (NZ) apples over fire blight disease was overturned by the WTO and replaced with a new regime which would allow the safe import of NZ apples. Australia has also had some successes at the WTO in protecting its plain packaging directions for the sale of tobacco as well as protecting the same directions in an action brought under a separate Investment Agreement with Hong Kong.

Australia is currently the subject of new complaints by Canada against Australian barley exports that came shortly after Australian barley producers had endured severe drought. It seemed hard to see that enough sales could have occurred so soon after the drought but the investigation continues. Shortly after most of the WTO actions brought by Australia against Canadian federal and state governments over Australian wine exports were resolved without the need for recourse to time-consuming full hearings.

The operation of trade remedies and other border controls has been the subject of tensions between Australia and other trading partners even when they involve a country with which we have free trade agreements. Those agreements still preserve the rights for trade remedies action so long as they are done according to WTO rules.

In most dumping actions brought against Asian exports, the government of the export country often lodges submissions complaining about our regime. Similarly, in countervailing investigations brought based on programs or other government support in the country of export, those governments see their programs as legitimate exercises of government policy.

Most recently there have been rising political tensions between Australia and China, which seems to be occurring at the same time as rising trade tensions. This has included dumping and countervailing (or subsidies) investigations against Australian wine exports to China (which may be hard to sustain given the high price of Australian wine in China). This came sometime after delays in clearing of goods into China because of various biosecurity concerns expressed by Chinese authorities.

Certainly, some comments from Chinese officials have been to the effect that our exports of high-value goods such as wine and meat may be at risk if the political relationship fails to improve. Shortly thereafter, China also instituted delays and extra examination against Australian barley exports, even though there had been no earlier biosecurity issues.

All of this points to the reality that while we hope that countries do not resort to armed conflict to resolve trade issues, disputes over trade in various forms remain alive and well as an option in an international disagreement. We can only hope that the current international impasse on the appeal mechanism at the WTO is resolved quickly or replaced with another acceptable procedure at the earliest opportunity. From a domestic perspective, we continue to place our faith in the work of the Anti-Dumping Commission and in its continued evolution.

The whole world of trade is getting sick from the coronavirus