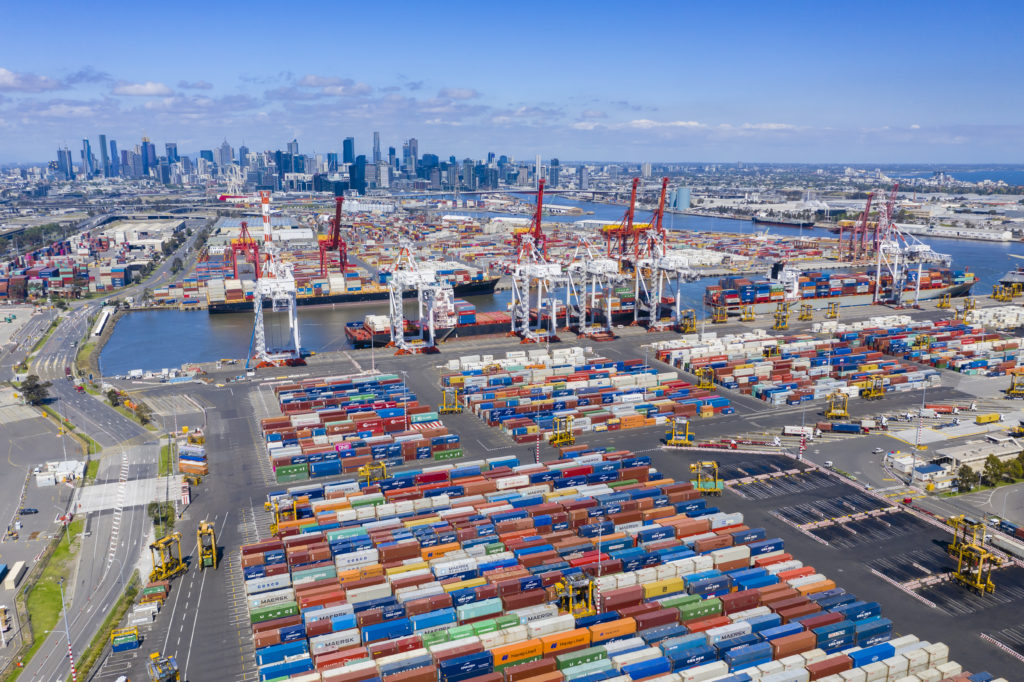 The release of the “Interim Government Response” (Response) to the independent review of the Victorian Ports System Review (Review) on 26 February 2021 comes at a time when there is ongoing attention on the state, national and international supply chains.

The Review was commissioned in January 2020 in response, in part, to concerns expressed by industry regarding Terminal Access Charges (TAC) levied by stevedores at the Port of Melbourne.

While the full content of the Review and its 60 recommendations have not yet been released, the Response is headlined by the announcement of the establishment of “Ports Victoria” to have “overarching responsibility for the channels and port waters of the commercial ports” in Victoria to operate from the Port of Geelong commencing in July 2021. The Response also refers to the release of a full response to the Review after Ports Victoria starts operation, to be followed with stakeholder engagement on a new Victorian Ports Strategy with full implementation of the Victorian Government’s response to the Review late in 2021.

However, the predominant focus of many in industry will be around the comments in the Response regarding the levying of TACs. In 2019, the Victorian Government announced the establishment of a “Voluntary Performance Model” (VPM) to review the TACs which would include some form of preliminary notice and rationale for the increase in charges. The Review is said to support the VPM. That was followed by the decision of State and Federal Transport and Infrastructure Ministers in late 2020 to adopt a national voluntary scheme to review TACs and the operations of the supply chain to ensure it is conducted in an efficient and fair manner. The development of the new scheme would also take into account the VPM.

The Response refers to a finding in the Review that while the land-side operators held a degree of market power that could be exercised through TACs, there was no evidence of those TACs providing unfair profits to the stevedores. The Response suggests that the Review found support for its conclusions in the findings of an Australian Competition & Consumer Commission (ACCC) Container and Stevedore Monitoring Report. However, the Review may have been concluded before the most recent of those ACCC Reports in October 2020 which found that operating profits for stevedores had increased for the first time in a decade predominantly from large revenue growth in landside charges including the TACs. There have also been the comments of the ACCC Chair in October 2020 calling for new regulatory powers over large privately owned businesses with significant control of the supply chain.

The Response does reflect the possibility of more direct regulation if evidence shows that TACs emerge as a “key driver” of increased stevedore profitability. Even so, many in industry are concerned that none of the current actions proposed by State or Federal Governments include the immediate establishment of more direct control on TACs or subsequent new charges that have been introduced (container weighing and vehicle movement charges) and related supply chain issues such as congestion around the Ports and difficulties with the use of Empty Container Parks (ECP). Indeed, the Victorian Government has also recently commenced a separate review of the use of ECPs which suggests that the Review may not address those ECP issues. According to all reports, there is a clear and present problem in the international supply chain, let alone the national supply chain in Australia. While some of the current actions signal the possibility of future direct regulation of the supply chain (including regulation of charges) in Australia, there remains the concern that these “signals” may not be enough to drive some real and enforceable changes to the regulation of the sector, whether in terms of costs or of access to the ECPs and ports. There are already significant issues throughout the entire supply chain that warrant specific action now before the issues become more pronounced and further diminish trade benefits.

The release of the Response comes at a time of significant international concern on the supply chain in addition to the issues in Australia. This is reflected in the very recent Executive Order from United States (US) President Biden which sought an urgent review into the supply chain vulnerabilities in the US supply chain as relating to certain strategic goods. This was announced shortly after our Productivity Commission was provided with a reference to a review of the vulnerabilities in the Australian supply chain. Of course, the Federal Government is not bound to adopt any of the recommendations of that review and we can only hope that the obvious current issues are addressed in the short term with more action before the supply chain efficiency deteriorates further, comprising the economic recovery from the pandemic. As I have previously stated, I believe that a coordinated national response is needed to be conducted by a specialist agency such as the US Federal Maritime Commission.

Victoria announces independent review of the operation of Victoria’s Ports