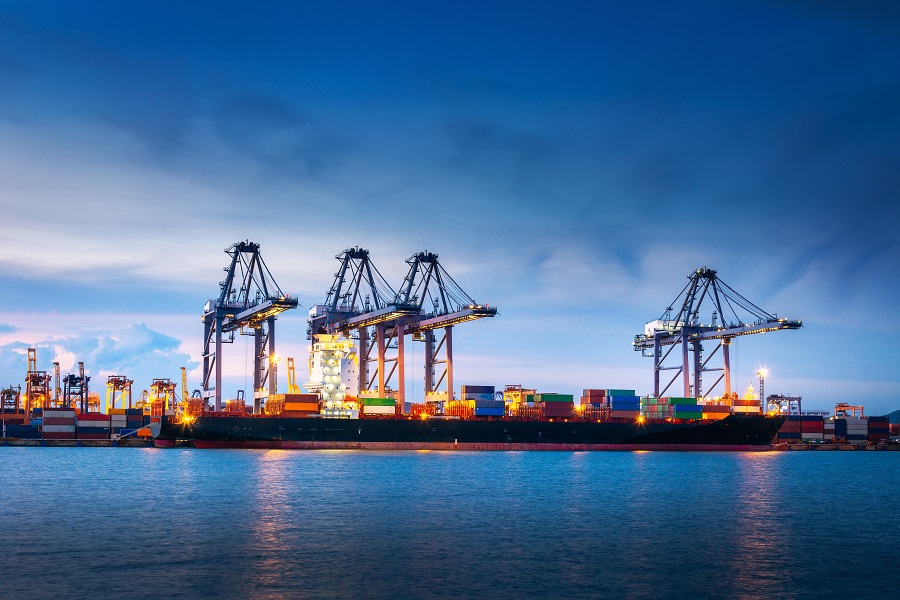 This article was first published in AirCargo magazine, June 2019.

Those in industry (let alone anyone with an interest in world news) would be painfully aware that global trade is under massive pressure at the moment. Examples of these threats are everywhere and if they come to pass, the consequences will be uniformly bad. Trade and global integration has been a driver of financial and social improvement with the World Bank estimating that more than a billion people have been lifted out of poverty over the last 25 years.

The ongoing political and trade battle between the US and China (and between the US and Mexico and Canada) fills the front pages of newspapers and lead stories on television thanks to the significant increases in tariffs by the US and threats to escalate those tariffs and other protective measures. China has threatened to retaliate in like terms. The inability to complete a multilateral trade deal at the World Trade Organization (WTO) together with the inability to resolve the disagreements between the US and the rest of the world on the appellate division of the WTO or the shape of any rule-based platform to resolve international trade disputes have left massive uncertainty for future plans. The ongoing Brexit fiasco contributes to that uncertainty as we come closer to the current deadline of 31 October 2019 to complete an organised UK departure from the EU.

The WTO has already noted the adverse impact on world gross domestic product (GDP) and other costs with one view that we are being shielded from the real drop in GDP as parties bring forward their business activities in fear that they will be more grievously injured once the ‘wheels really fall off’ and the looming war kicks into a higher gear with the real restrictions being imposed and if the impasse on reform at the WTO does not resolve. Problems with cooperation at the WTO and in its dispute resolution system would be a modern tragedy as it has been very successful in a number of ways, encouraging reductions in tariffs, improvements in trade integration and the creation of a number of valuable plurilateral agreements. There seems to be general agreement that some reform is useful but the demands for significant change on a unilateral basis from the US (to serve US ends) could be seen as an attempt to move away from the rule of law to the rule of force. Sensible global reform and improvement to advance the global cause would be the preferred outcome.

On a parochial basis, these developments are creating real and immediate concerns for Australia. In more recent time, following decades of protectionist policies, Australia has been to the forefront of trade liberalisation including early unilateral reductions in tariffs and protection for certain ‘sheltered’ industries. This has led to our average tariff now being close to zero as we have secured increased global trade integration. Australia is working extensively on bilateral and plurilateral Free Trade Agreements (FTA) and is working through the WTO and in other fora to develop other trade initiatives. It is also collaborating with other like-minded major trading partners to develop plans to reform and maintain the WTO and all of its operations including facilitating trade enhancement and providing a basis for resolution of trade disputes.

Despite its existing work, some have despaired that Australia, acting alone, cannot influence the global agenda and can do little to maintain its economic security, let alone continue its growth. The question of unilateral Australian action has recently been addressed by the Productivity Commission (Commission) with the publication of its Trade and Assistance Review 2017 – 18 (Review) the most recent of its annual reviews including a chapter entitled ‘The future of the world trading system’ as its ‘Theme Chapter’ to the Review.

The Commission has for long been a source of valuable research and recommendation in economic matters including in relation to trade. In an earlier report it had questioned the real value of our FTAs citing no real significant gains from those FTAs. In earlier editions of the Review it had called for unilateral reductions in tariffs to zero, the reduction in other industry support and removal (or revision) of our anti-dumping regime due to the recognition that dumping and subsidies could actually deliver an advantage to the economy far in excess to the damage to Australian industry. This included a separate proposal for a ‘National Interest’ test to assess whether trade remedies measures were actually in the broader national interest as opposed to merely looking at injury to local industries affected by the dumping or subsidy.

The Commission observed that even though Australia is not directly engaged with the majority of the main trade issues, it would be directly affected by the consequences of a trade war – and would also be directly affected if that war was averted between the US and China (and maybe the EU) through a series of massive trade deals which would divert trade away from Australia. Further, even though Australia has been portrayed as a proponent and leading party in liberalising trade, the Commission found that Australia ‘has continued to retreat into protectionism in some areas’ through AU$14.4 billion in annual assistance to industries that lowered its international competitiveness. The Commission further found that ‘we damage our own prosperity by maintaining nuisance tariffs, other trade restrictions and one of the most active anti-dumping regimes in the world.’ According to the Commission, manufacturing and primary production receive 28% of assistance while contributing nine % of value added to the Australian economy.

In the context of the primary production industry it found that government support through droughts often undermined the incentives to farmers to manage their own risks and were ineffective in supporting sustainable farming practices. It said that a new drought policy and a review of subsidies was warranted.

Although there were a number of recommendations in the Review, some which were consistent to previous recommendations were that Australia should dismantle its anti-dumping regime and unilaterally remove its one to five % tariffs, which the Commission described as ‘nuisance’ measures only delivering two billion a year but requiring a massive support network to be levied and recovered.

Those particular recommendations were of no great surprise as they echoed earlier recommendations by the Commission. They had previously been rejected and there seems little prospect that they would now be accepted either in political or commercial circles. The recommendations draw from the Commission’s own form of economic assessment which may not include consideration of wider policy issues. It was not surprising that some responses were that the current policy settings were there for good reason in accordance with international agreements, policies and standards so that movement would need to be driven by other factors (for example, the offer of reducing tariffs on European vehicles as part of negotiations with the EU for an FTA). However, in my view, the recommendations of the Commission warrant very close attention together with considering how there could be a ‘second best’ reform which includes keeping the existing regimes but improving how they operate so that they are not seen as protectionist or inefficient.

Consistent with its position on the importance of an open global economy, the Commission was also strong in its recommendations to support the WTO and to take all possible steps to achieve position outcomes from the current tensions.

One ray of light from the Review was an apparent slight thaw in the position of the Commission regarding FTAs. In an earlier report, the Commission questioned the value of the FTAs (from a pure economic perspective). However the Review includes a recommendation for better outreach and engagement on the benefits and use of FTAs seeking to overcome general lack of knowledge or negativity regarding FTAs – which suggests a view that there are merits in FTAs after all.

The Review and its recommendations provide excellent hard data on current trade issues and propose changes which, even if not accepted in full, form the vital basis for work to improve on current economic and social policies.