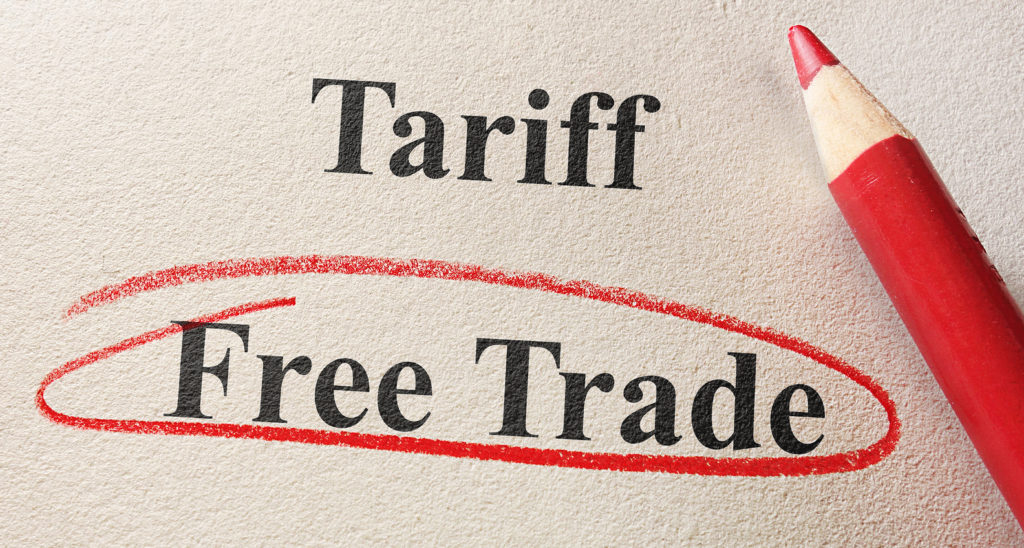 The free trade agenda continues on its spin cycle

This article was first published by Air Cargo Asia-Pacific Magazine.

To misquote someone, the free trade agenda is a ‘many-splendored thing’.

As much as there may be a broad general consensus that sensible, comprehensive trade liberalisation is a good thing, what that means differs from country to country and even within countries (depending on political persuasion), none of which helps to clarify the debate or set a clear path as to an ideal outcome.

The work of the WTO and of renowned international economists such as the Peterson Institute confirms the benefit of a trade liberalisation agenda often gets lost behind arguments based on narrow ‘national interests’ which ignore the wider global benefits.

Little wonder that so many people struggle to understand and support the trade liberalisation agenda when those in the public spotlight send competing messages.

It is a good time to take stock on the current debate on the trade agenda.

200 years ago, economist David Ricardo issued a treatise on the theory of comparative advantage to explain why countries engage in international trade even when one country’s workers are more efficient at producing every single good than workers in other countries. This was an important development and counter to the concept of ‘absolute advantage’ found in the earlier works of economists such as Adam Smith. The ‘Ricardian model’ drew on some earlier work and, itself, found support in the works of James Mill and John Stuart Mill.

To recognise the anniversary of the Ricardian theory, a number of bodies including HSBC and the Export Council of Australia (ECA) supported a recent event in Sydney at which speakers set out in clear and dispassionate detail the merits of trade liberalisation and the steps which can now be taken to advance all interests including Australian interests.

Going further, in other places we were reminded that the main benefits from our trade liberalisation are not necessarily found in overseas markets but in liberalisation of our own Australian economy and its barriers, where even our current low tariff levels can be a problem, especially given the complexity of the tariff system and the way in which it needs to be administered. The difficulties of rules of origin are known to limit the advantages provided by Free Trade Agreements (FTAs). Similarly, there is little support in economic theory for the dumping and subsidies regime, yet our regime continues to expand and become more complex all the time, often driven by local interests.
Yes, I did pay attention during economics at school and university and just as well!

However, that is not to say that these concepts exist in isolation to the real world and issues which hamper the universal adoption of these types of concepts. After all it was only 70 years ago that 23 countries signed the final agreement of the General Agreement on Tariffs and Trade (GATT). Being humans, we live in a ‘second best’ world where broader interests and imperfect conditions exist. The need to support those whose livelihoods are adversely affected by the trade agenda through trade adjustment assistance is widely recognised. Recent FTAs and the WTO Trade Facilitation Agreement all recognise the difficult position of developing economies and propose special rules to take into account their interests and challenges. Further, FTAs now push into ‘non-traditional’ areas such as the need to support SMEs and environmental protection. ‘Aid for trade’ is recognised as a worthwhile pathway for developed countries to focus their assistance. More recently there is significant work on the need for a ‘green’ supply chain and to move against ‘modern slavery’ seen in developing economies where workers are paid less than a working wage to produce cheaper goods for those in developed economies. The UK has specific legislation against modern slavery and Australia is considering the same even as US border agencies seize goods believed to have been produced under adverse conditions in North Korea.

There is also the reality that politics and perceived national interests influence the trade liberalisation debate. The impact of the Trump administration was immediate as the US ditched the TPP, sought re-negotiation of NAFTA and is looking closely at overturning the relaxation of trade sanctions with Iran. The re-election of the Abe Government in Japan supports its liberalisation agenda although the result of the New Zealand (NZ) election has clouded NZ’s previous aggressive trade agenda, especially taking into account the proposed restrictions on foreign ownership of residential land in NZ. The anticipated completion of ‘TPP 11’ at the November APEC meeting may now be in doubt as NZ considers its position and completing ‘TPP 10’ without NZ at APEC seems an outcome beyond even the most agile negotiators.

The position of the Australian Government has been to continue to press its own free trade agenda and try and strike new partnerships in the absence of the US and the uncertainties occasioned by Brexit. Along with existing negotiations, the new TPP opportunity and new negotiations with the Pacific Alliance, the Australian Government hopes to complete a deal with Indonesia by the end of November. The importance of the trade agenda has been reiterated by both sides of politics including a compelling presentation by assistant Trade minister Keith Pitt at the recent CBFCA national conference. Even so, the political parties seem to be diverging on how our trade agenda should be pursued with the Australian Labour Party releasing details of a new approach, to reviewing the benefits and outcomes of our FTAs through review by the Productivity Commission before entry into force and then during the course of the FTAs. That approach seems to have been well received, although it would be limited to direct, measured benefits and may not take into account indirect benefits, which could not be measured such as the improvements to trading rules and improvements to the supply chain.

However, the ebb and flow of the public debate does not necessarily assist in the immediate need of exporters, importers and their service providers to secure a full understanding of the current FTA regime and to take advantage of the benefits provided by those FTAs. That process is of primary importance once the deals have been completed and there is always room for improvement.

To that effect I was involved in presentations to the Customs Brokers and Forwarders Council of Australia (CBFCA) and its members on those deals as they were negotiated and completed. The Department of Foreign Affairs and Trade and Austrade also presented on these issues at the CBFCA State Conventions throughout 2017. Following on from that focus, the CBFCA was successful in an application for funding to Austrade to provide additional education training to those in the supply chain and their clients, sessions I will be delivering in November 2017. These will be conducted along with the usual member forums I conduct for CBFCA members but the FTA education sessions will be open to all those in the supply chain and their clients and contacts. We are keen to reach to as many interested parties as possible so please apply through the CBFCA website. It’s a great opportunity to show clients and contacts how they can improve their business with your assistance.

Of course – if pain persists, please don’t hesitate to get in touch!