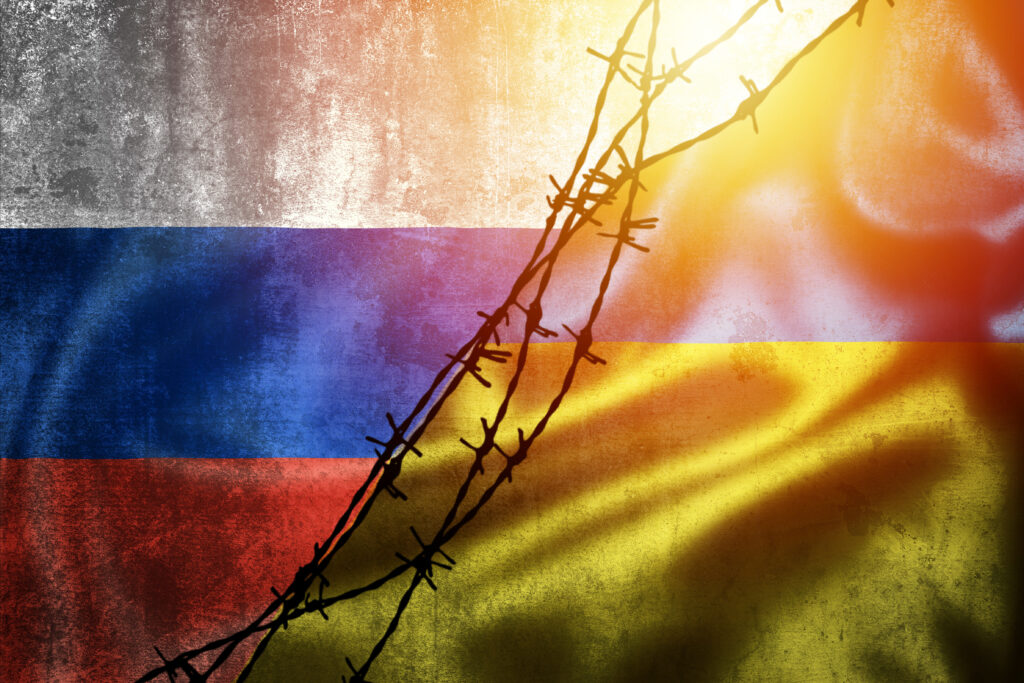 The Russian military invasion of Ukraine has met almost universal opposition and condemnation from around the world through commentary, protest and by way of the imposition of economic sanctions and other restrictions by countries, including by Australia.

I have written before regarding the Australian sanctions regime, which includes implementing United Nations (UN) Sanctions, Autonomous Sanctions (those created by Australia itself for its own purposes not requiring UN action) and the very recent addition of “Thematic Sanctions”. The Federal Government has responded quickly to the Russian invasion by adopting a new series of Autonomous Sanctions together with additions to those adopted in 2014 and 2015 in relation to Ukraine. In the main part, the sanctions and restrictions are financial and economic sanctions aimed at prohibiting economic and related dealings by Australian entities and persons here and overseas with named Russian individuals, businesses and corporations. The Department of Foreign Affairs and Trade (DFAT) has incorporated those new and revised sanctions into a revised version of the “Consolidated List”, which summarises Australia’s sanctions and restrictions. Details of such new and revised sanctions and restrictions are summarised and found here.

While most of those sanctions and restrictions focus on Russia, its citizens and organisations, they also extend to new sanctions measures against the Donetsk and Luhansk regions of Ukraine, which had previously announced their “separation” from Ukraine with the support of Russia.

As of 27 February 2022, Australia has escalated its support from the imposition of sanctions to the provision of other, more tangible support. According to press reports, Australia will now fund the supply of weapons to the government of Ukraine to help it fight the Russians, stepping up its support days after saying it would only provide “non-lethal” military equipment. This would be in addition to the “cyber security” expertise provided by Australia sometime before the invasion.

Other international sanctions and restrictions

While the UN has yet to find consensus on the idea of sanctions (due, in part, to the objections of Russia and related regimes), other nations have adopted their own measures, some of which are wider and more aggressive than those adopted by Australia. This includes sanctions by the United States (US), the United Kingdom (UK) and the European Union (EU), being some of our major trading partners. Russian airlines have been denied landing rights in the UK. Many sports events, including the Russian FI Grand Prix and certain international soccer games scheduled to take place in Russia, have been cancelled.

One significant move has been the announcement that Russia may be removed from the international “SWIFT” banking system through which many international financial transactions are conducted. In a joint statement from leaders of the US, the EU, France, Germany, Italy, the UK and Canada, the officials said Russia being excluded from SWIFT would ensure “that these banks are disconnected from the international financial system and harm their ability to operate globally.”

Sanctions against Russia are not universal

In my opening sentence, I stated that Russia’s invasion had “almost” met universal opposition. Even with some evidence of protests in Russia itself, several countries have remained silent on the issue, most of them aligned with Russia in various capacities. There has also been an apparently coincidental relaxation in trade between Russia and China. China removed restrictions on imports of wheat from Russia, confirmed by Chinese authorities in the same week that Russia invaded Ukraine. While commentators have concluded that the relaxation of trade with China will not offset the impact of sanctions and restrictions by the US, Europe, and others, it stands in contrast to the new sanctions imposed by other nations.

It is impossible to see the full extent of future outcomes and developments from the current situation. That would depend on issues such as the extent of the Russian invasion of Ukraine, the nature of the regime imposed by Russia should it take effective control of Ukraine and any other related military or economic actions by Russia. These could include actions against other neighbouring countries and territories, any financial or product-related sanctions imposed by Russia and its aligned countries, and other actions by other nations against Russia and Russia’s responses. There are several conspiracy theories circulating the world.

However, it seems that Australian exporters of goods and services to Russia and its allies are likely to experience some restrictions on their trading with Russia and access to Russian ports and airports. International airlines are already routing flights away from the Ukraine. More broadly, the invasion and its consequences will act to destabilise global supply chains, which are already under significant pressure and destabilising international political relations at the UN and in other international agencies. It may limit the provision of some goods and services to Australia, including the availability of air and sea cargo provided by Russian individuals and companies.

The best industry can do at this stage is to pay careful attention to the imposition of Australian Sanctions or other restrictions through DFAT and the Australian Sanctions Office. That could include changes to our “Prohibited Import and Export” controls imposed through the Customs Act 1901 and related Regulations. Industry should also pay attention to sanctions and other restrictions imposed by the US, the EU, the UK and our other allied countries, many of which have extraterritorial effects on Australian individuals and companies. In particular, the US has a long record of enforcing its regulations against parties beyond its border. Industry must carefully review these sanctions and other restrictions to ensure they are not contravened and start looking at contracts that could be affected by the new “war” being a “Force Majeure” event allowing the termination or delay to contractual obligations.

Finally, one conspiracy theory from myself? On the day of the invasion, the Pakistani President (former cricketer Imran Khan) took meetings with Russian leaders in Moscow for the first time in 25 years. Now Australia is proposing to undertake its first Australian male cricket tour of Pakistan very soon (with the first test on 4 March 2022). Imagine if Australian agencies saw that as Pakistani support of Russia and moved to try and cancel that tour?

Director penalty notices – the looming threat in the COVID-19 crisis